Baratha Vilas ~ coming together of birds !!

Gopal and Gowri are salespeople competing with each other .. their professional rivalry is challenged when they   end up sharing rooms in the same house belonging to an Englishman.

AC Thirulokachandar’s *Bharatha Vilas* starring Sivaji, KR Vijaya and many others released in 1973 – an  *ensemble cast*, with prominent actors from other languages playing guest roles in a song. 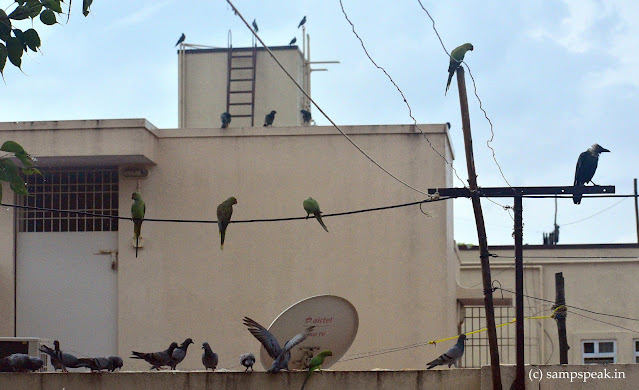 You can see Crows, Pigeons, Parakeets .. .. but squirrel ran away not posing !